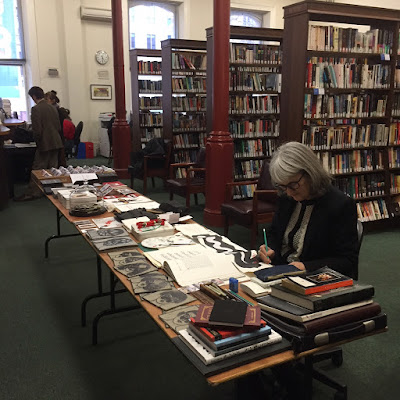 As a former St. Kilda girl who grew up in the shadow of Luna Park, I've come to liken the passing years to roller coaster rides, in other words, a series of highs and lows. I'm happy to report that in 2018, the highs by far outweighed the lows.

High on the list of personal highlights was my residency in June/July at Melbourne Athenaeum Library for Melbourne Rare Book Week (pictured top). The linocuts I made during the residency will be the basis for Frankenstein's Women, a forthcoming artist book. 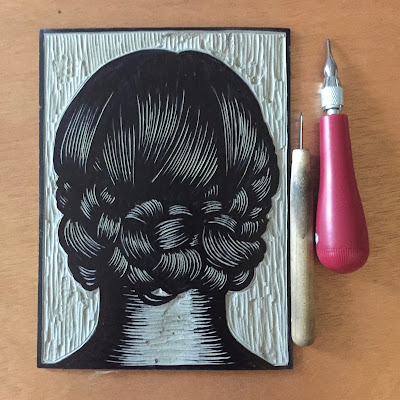 During the residency I also made a unique artist book, Progeny, which later in the year was Highly Commended in the Biblio Art Prize at Blarney Books and Art in Port Fairy.  Biblio subsequently traveled to Tacit Galleries in Melbourne. 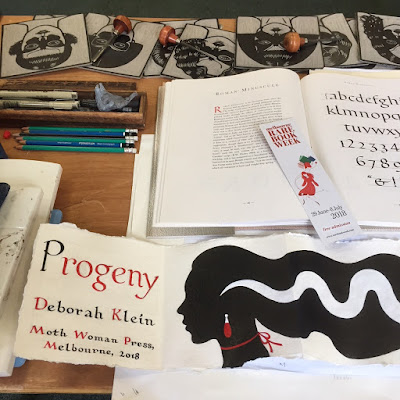 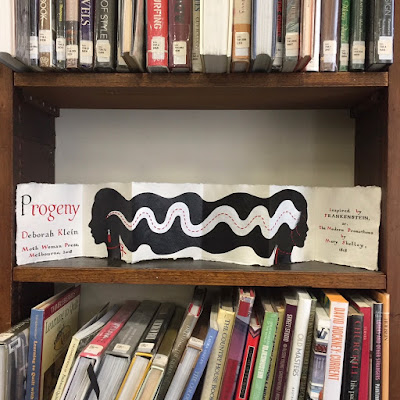 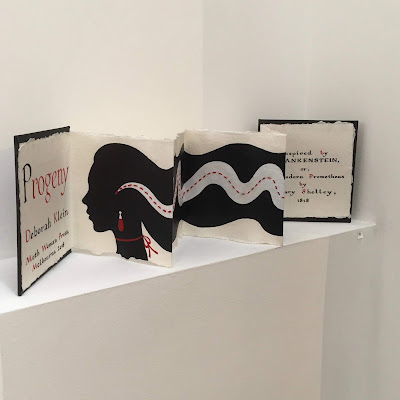 LEAVES OF ABSENCE, the artist book that was launched at the Melbourne Athenaeum Library in late 2017, was acquired by the library in 2018. The book was part of the group show PATTERNS OF COLLECTING/From the Bower at the Johnston Collection (see below) and was a finalist in the 2018 Libris Awards. 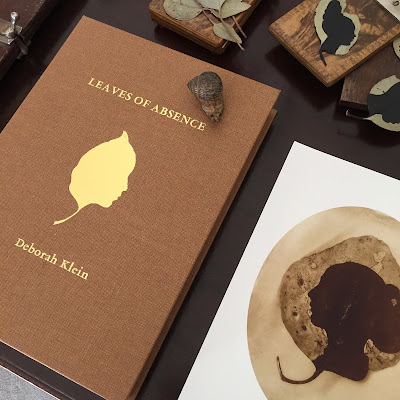 Early last year LEAVES OF ABSENCE was acquired for the permanent collection of the State Library of Victoria and towards the end of 2018, it was acquired by the National Gallery of Australia. The year couldn't have been more perfectly book-ended.

2018 was exceedingly busy, even for me. Every year I vow that this will never happen again, and every year it does - and then some. The constant travelling between Melbourne and Ballarat doesn't exactly help. With the aim to make more time for my own projects and myself in general, from now on, I'm saying "no" more often - and sticking to it. For example, for the first time in several years, Moth Woman Press has reluctantly decided not to participate in the annual Sticky Institute Festival of the Photocopier Zine Fair, an event we very much enjoy. We're feeling sad about this - Moth Woman Press usually does particularly well there - but believe it's ultimately for the Greater Good. I do hope we can return next year. Meanwhile, a selection of MWP publications are currently available at the delightful Playing in the Attic.

The halfway mark for January has already passed. Currently, my primary aim is to further develop Back Stories, a series of paintings that is already well under way. These are thematically linked to the linocuts in Frankenstein's Women, for which I have to design a title page and finalise the text before printing begins in the second half of 2019. 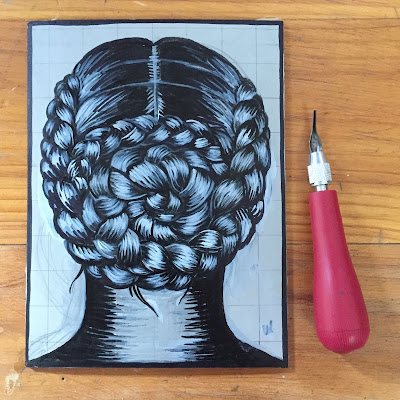 A second artist book is also planned. I'll post updates on this and other projects as they unfold.