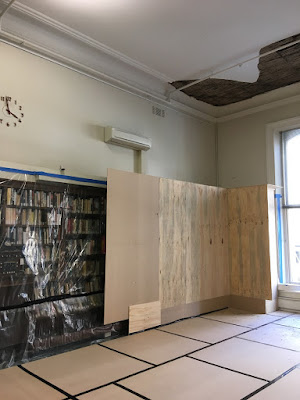 Melbourne Athenaeum Library has been closed for a couple of months after a section of its ceiling collapsed, requiring substantial repair and conservation work. Against all odds, the damage to books was relatively minimal.

My worktable was set up in the same area for the majority of my term as artist-in-residence in 2018: 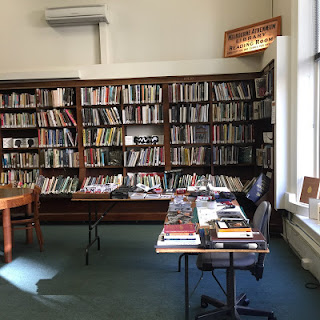 Last week, to the delight of its devoted members, Melbourne Athenaeum Library celebrated its reopening with an informal gathering, held directly after the AGM. 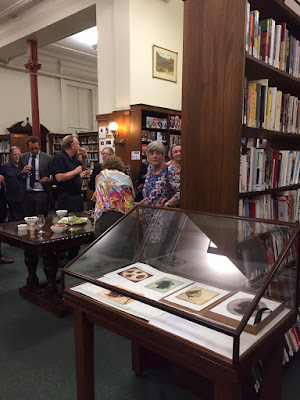 It was good to see my artist book, Leaves of Absence, on display. Launched at the library in late 2017, it was acquired for the permanent collection in 2018. 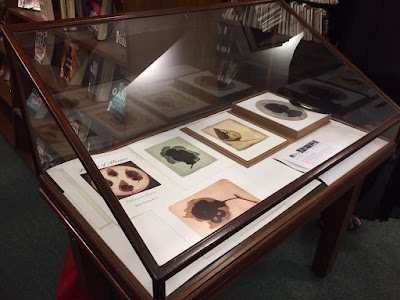 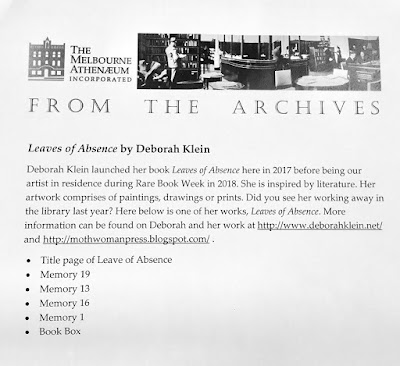 Posted by Deborah Klein at 7:47 AM