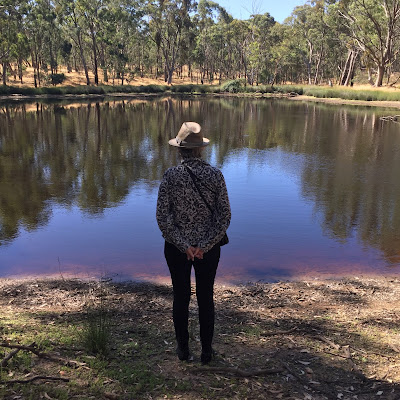 Ever since my artist book, Leaves of Absence, was completed, I've had a yen to return to Newstead where it all began.

Our friends Leigh Hobbs and Dmetri Kakmi occasionally house-sit there, and in late June, 2015, they invited Shane Jones and I for lunch. Afterwards we went for a walk in the forest, where I found myself drawn to the remarkable, irregularly shaped leaves of the Eucalyptus saplings; each one was a unique creation. For reasons I didn't completely understand at the time, I began compulsively gathering them. (The visit is recorded HERE).

To abbreviate a long, oft-told tale, those leaves became the basis for the series of archival pigment prints that in time led to the above mentioned artist's book. 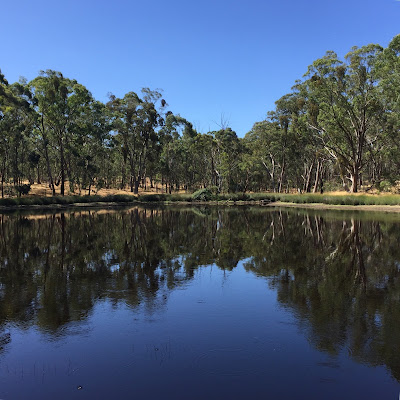 I was to return to Newstead on numerous occasions, primarily to harvest additional leaves for my burgeoning project. A particularly notable visit occurred just over a year ago. On our way home from a day trip to Marysville, Shane suggested we call in on our way home. The air conditioner in our old car hasn't worked in years and it was a scorching 40-plus degrees day. In our eagerness to get back to Ballarat and switch on the air conditioner, we considered bypassing Newstead altogether. In fact, we very nearly did.

At some point Shane took a wrong turn and we were well on our way home before we realised what had happened. By now we believed ourselves to be in serious danger of melting and had to force ourselves to turn back. I'll be forever grateful that we did, because this was the day I uncovered the secret of the eucalyptus leaves. While documenting some of the saplings from which the leaves were plucked, I came upon the first of the exquisite insects I was later able to identify as the nymphs of Amorbus alternatus, or Eucalyptus tip bugs - as well as several of the shield bugs they would eventually morph into. At that stage I was fully immersed in the Homo-insecta series of prints, paintings and watercolours, so as subjects, insects were already central to my work. Now I discovered that they were also my artistic collaborators. (Quite rightly, they rate a special mention on the book's colophon page).

Last Sunday's trip was essentially a sentimental journey. (Shane recently asked: haven't you already got enough leaves? Clearly I haven't, because I snagged several more - and some of them are beauties). 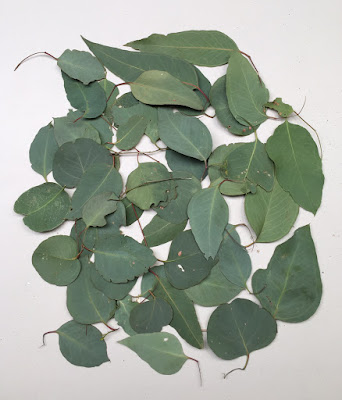 For me, Newstead has qualities that border on the magical; certainly, my history with this special place reads much like one of my own fairy tales. I hope these photos, some of which were taken by Shane (including the striking shot of the sun glaring through the tree tops and several of those concurrently published on my art blog) will convey something of why Newstead has come to mean so much to me. 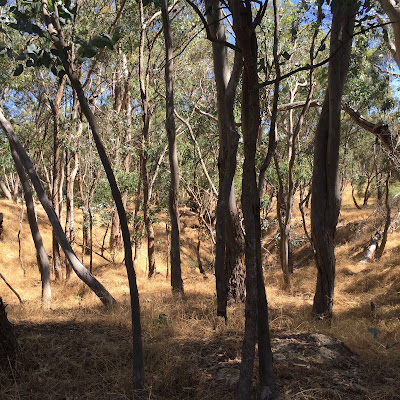 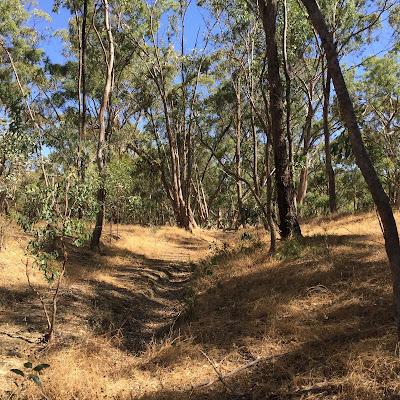 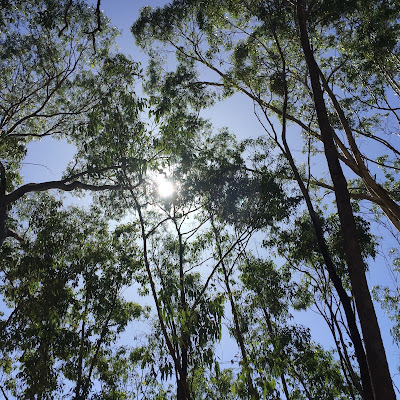 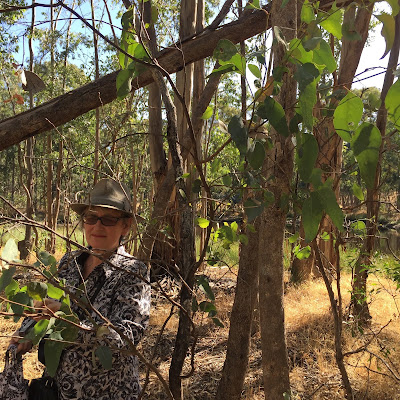 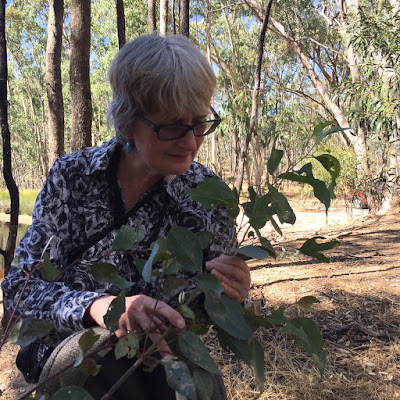 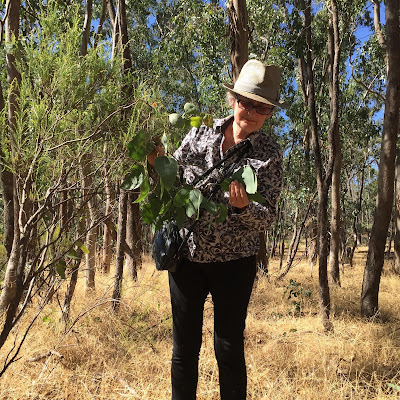 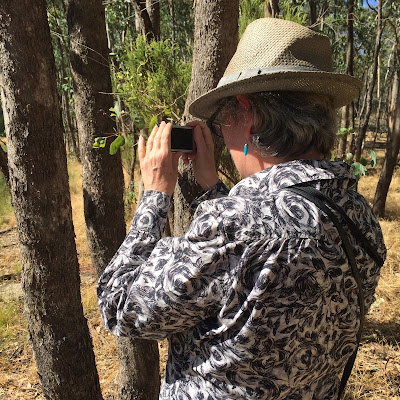 I must admit I was also hoping for a sighting of the Eucalyptus tip bugs, and in this I was not disappointed. Though there were fewer than last year, they were as dazzling as ever. It seems they prefer a hot climate and don't appear on cold, windy days (which Sunday most certainly was not). Ironically, this was probably the reason we found so many the first time we came upon them on that almost unbearably hot day in 2016. 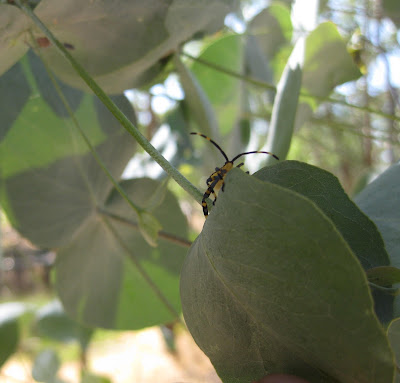 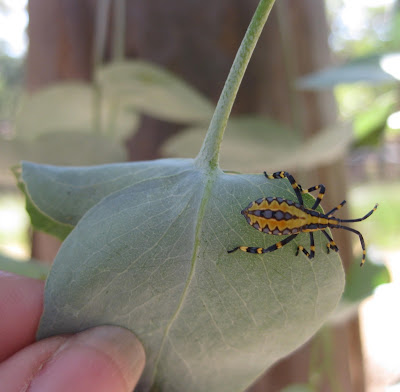 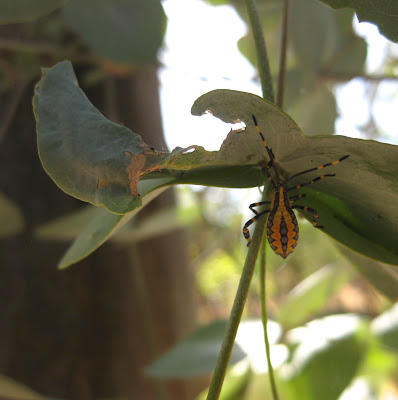